When what you’re doing isn’t doing it

We all start out each day with the best of intentions. No one wakes up in the morning and declares “I’m going to botch today!” But things come up and our human weaknesses show through. Not every time. But there are times. It’s especially tough when you have been doing something over a period of time and it just isn’t doing it. It’s not working. That wasn’t your intention starting out, but it happened. It might be a business venture. Dating. A hobby. Hair style. Career. Someone said the definition of “insanity” is doing the same thing over and over again and getting the same result. It’s a stuckness. A mire. A bog. 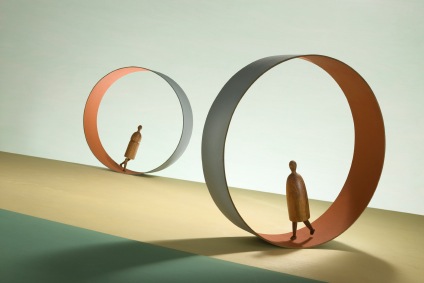 I’m reminded of the movie “The Shining” starring Jack Nicholson. His character Jack spends an entire winter alone with his family in a large hotel. He is tasked with taking care of it in the off season. Throughout the course of the movie he continues to be more and more possessed by the evil atmosphere of the hotel. His wife suspects something is up and checks in on what Jack was doing all this time. She thought he was writing a novel but instead he typed over and over again on hundreds of pages, “All work and no play makes Jack a dull boy”. He was doing something, getting nowhere, and going mad.

So what do you do when what you’re doing isn’t doing it? It’s a tough question to answer. We tend to stay in a familiar situation (however crappy) than risk moving toward an unknown, and possibly, better reality. It’s called ‘ambiguity aversion’. It can possess you and keep you in your place. When things aren’t working out it’s easy to wallow in the swamp. It’s tougher to take a step out into the unknown and move to higher ground.

So, what do you do when what you’re doing isn’t doing it? You can start by taking the following actions.

Life is too short to be stuck for too long.

What are some other actions you could take to make what you’re doing worthwhile and on the move?

The Power of Focused Attention How each generation responds to technology