Maureen Dowd of the New York Times had an interesting commentary entitled “Moral Dystopia”. In it she talked about the atrocity of the Jerry Sandusky child molestation case. How could it be, she thought, that an assistant coach who happened upon a perverse scene in the locker room shower did nothing to significantly stop it? His moral hesitation kept the perpetrator in his immoral ways. 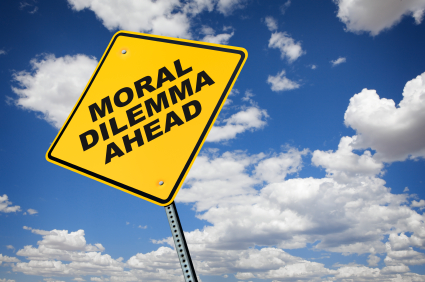 But what is immorality after all? Is it a personality defect? A problem with our genes? What? It’s hard for us today to know today. Once staid institutions that helped set the parameters of a moral life are eroding.  Personality seems to have trumped character. Whistle blowers are the odd ones. And maybe that’s why we do so little to condemn (or call out) whatever it is. Maureen interviewed Cory Booker the Mayor of Newark who ignored his security cadre and ran into a burning house to save his neighbor. He said he was taught by his parents to have a moral obligation to help those who needed it. No hesitation.

Interestingly, the Mayor stated that “We have to fight the dangerous streams in culture, the consumerism and narcissism and me-ism that erode the borders of our moral culture. We can’t put shallow celebrity before core decency. We have to have a deeper faith in the human spirit. As they say, he who has the heart to help has the right to complain.”

Think about consumerism, narcissism, and me-ism in our culture today. They are very pervasive and powerful influencers. Yet, there are some practical ways to counter them.

What do you think? Are there other streams eroding morality today?

Ten Speaking Tips from the Rapper IceT What causes us to be stuck in life?

Powerful Quote from the Dalai Lama

The following is a powerful quote I came across today. I thought I would share it with you.

Don’t live the narrative of defeat

His eyes met the eyes of his betrayer on the battlefield. What little life was left in him seeped away like a deflated balloon; limp, lifeless, and empty. How could comrades betray him so blatantly? He had put his trust in them and relied on them to defeat the enemy. What the hell? William Wallace, […]