What I learned from teenagers about public speaking

Speaking is an art. It requires practice and the flourish of creative delivery. It is also an activity that elicits much anxiety in people. 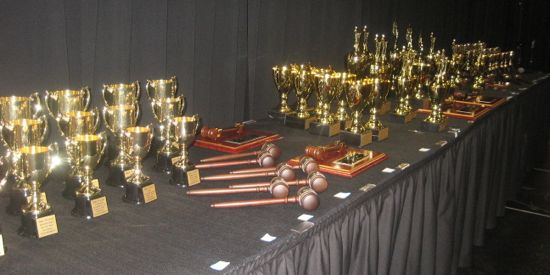 Last week I was honored to be a judge at the Homeschool national speech and debate competition in Colorado Springs which drew over 600 teenagers.

Every event I judged was amazing. These students (age 12-18) taught me a few things about public speaking.

These young speakers moved me emotionally, stimulated me intellectually, and inspired me to move toward excellence as a speaker. We will be hearing from many them in the future- guaranteed.

In his documentary, Something from Nothing: The Art of Rap, Ice T interviews some of the big names in rap music and goes on to reveal 10 gangster tips for better public speaking 1. Know Your Material 2. Practice. Then, Practice Some More 3. Know The Audience 4. Know The Room 5. Be Descriptive 6. […]

2 essential elements of a speaking business

I work with many speakers who want to begin sharing their life’s experience and knowledge into talks that will leave a legacy. Most don’t see themselves as a headliner at large conventions, but they do want to get the word out in their corner of the world. Whether full time or as a side business, […]

5 Tips for speakers gleaned from the Academy Awards

Last night was the big night for Hollywood’s dignitaries. The 84th Annual Academy Awards took place honoring the best of their profession. As I watched it last night, a few thoughts on the art and craft of speaking and presenting ran through my mind. As a professional speaker and coach to speakers I’m constantly on […]