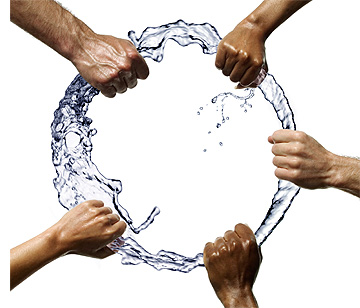 Did you know that November 17 is officially “coping with uncertainty day”?  There are many who feel it should be expanded to include a whole year.  Uncertainty is so prevalent these days, maybe we really ought to recognize a “Coping with Uncertainty Century”.

According to Paul Johnson in his book Modern Times, the modern world began on May 29, 1919 when photographs of a solar eclipse confirmed the truth of a new theory of the universe.  It had been apparent for half a century that the Newtonian cosmology based on Galileo’s notion of absolute time and linear space was in need of serious modification.

Increasingly powerful telescopes were revealing anomalies in celestial bodies that seemed to contradict the predictable behavior of Newtonian laws of physics.  Why?

In 1905, a 26 year old patent clerk named Albert Einstein had published a paper which became known as the “Special Theory of Relativity.”  The discovery by Einstein that space and time are relative, rather than absolute terms, of measurement was far-reaching in its implications of our understanding of this “new reality.”

In a nutshell, Einstein showed that what we believed was a static, certain universe was really a tenuous conclusion.  Uncertainty and relativity seemed to be the order of the day and, for that matter, of our lives.  Yet our resistance to uncertainty is intense.  We wrangle and defend against it.  We persist in clinging to the to the old Newtonian notion of order and control.

Resilience understands that control is an illusion and acknowledges uncertainty by coping with it.  One doesn't have to like the ambiguity of life, bu resilient people overcome their resistance to change or their fear of uncertainty by embracing and accepting it.

One of child psychologist Jean Piaget’s key ideas was our adaptation to the world through the options of assimilation or accommodation.

When absorbing new knowledge into existing categories a child assimilates that new information. Some slight adjustments may be needed to ensure a good fit, but it’s basically an effortless process.

Yet, when new information does not fit into an existing understanding of their world, the child must accommodate it so that known concepts are altered to allow the new information to be included.  The larger process of adaptation moves through a series of uncertain states which is repeated again and again as life progresses.

If we allow ourselves to move in and out of the states of disorientation and embrace its inherent uncertainty we will adapt.  However, if we stoically maintain the illusion that our knowledge is sufficient, that we are in complete control, we deny ourselves any possibility to learn.

It’s not going to be an easy, especially for those who cling to absolute control.  In fact, it could be down right painful.  But its got to be done.  The good news is that we always have a whole year to prepare for the next “Coping With Uncertainty Day”.