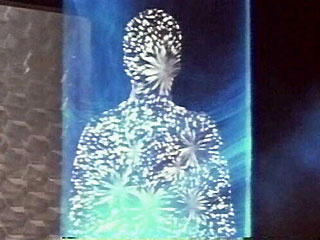 Currently I am sitting in the dark at the Cove retreat center in Asheville, North Carolina. The power suddenly went out and I have a wrenching suspicion there is a squirrel somewhere on the grounds with a wire clenched in its teeth, convulsing slightly, a slight whiff of smoke emanating from its hind end, and fried to a crisp.

I'm here as a small group coach for Dynamic Communicators, helping communicators prepare talks with focus, speak with clarity, and deliver with power (quite a byline, huh?) It's an amazing experience and the process we teach is unique and guaranteed to positively transform anyone who communicates.

So, in this current pitch dark environment, my thoughts are on good communication and its electrifying power to illuminate (rather than eliminate) in this informational age.

I had a crush on Judy in the third grade.  To express my affection, I wrote “Do you like me?” on notebook paper with the multiple-choice answers of “yes”, “no” or “maybe”. I
folded it and began a covert operation to transport the message to Judy at the back of class.

Today in class, Johnny has a crush on Suzie and is expressing the same sentiments I did. But he isn’t conveying them on notebook paper.  He is taking out his cell phone or other digital device, texting in the message and pushing “send.”  The note is then transported through the atmosphere to be received on Suzie’s electornic device.

Where the older generations passed atoms in the classroom, the youngest generation is passing bits.  Communication requires a sender, a receiver, and a channel.  Increasingly sophisticated technology has revolutionized that simple process.  The net effects are a faster flow of information, and a decreased amount of time that information spends in the communication channel, creating challenges for all ages in the workplace.

The difference?  Atoms and bits.  The problem of communicating has, is and always will be with us.  That’s a constant.  It’s the tools that change.  The proliferation of these communication channels have caught many of us off-guard.  Managers will need to
become aware of the technological tools available and situationally savvy of when they should be utilized for maximum clarity.

I have a theory that the more situationally crucial a communication is, the simpler the technological tools in which to channel it. Conversely, the less critical the message is to a situation, the more complex the technology to communicate it. It’s an inverse formula.

For instance, a situation as significant as a job review would invite the human voice as a
tool and/or a written communiqué. Messages with less situational consequences—like simple feedback—communicate effectively through the more technologically sophisticated channels such as email or text messaging.

Atoms or bits.  Both are crucial but each require an awareness as to when they are
most effective in today’s wildly fluctuating communication environment.

Powerful Quote from the Dalai Lama

The following is a powerful quote I came across today. I thought I would share it with you.

The relentless pursuit of Joy

We have the right to life and liberty and the pursuit of happiness. Happiness in and of itself is not a right, it’s a lifelong pursuit. Yet it seems so evasive. We think we got it and it slips through our hands. It’s like trying to catch a butterfly in a net. Fleeting. Joy, on the other hand, is […]