The Star of our own show 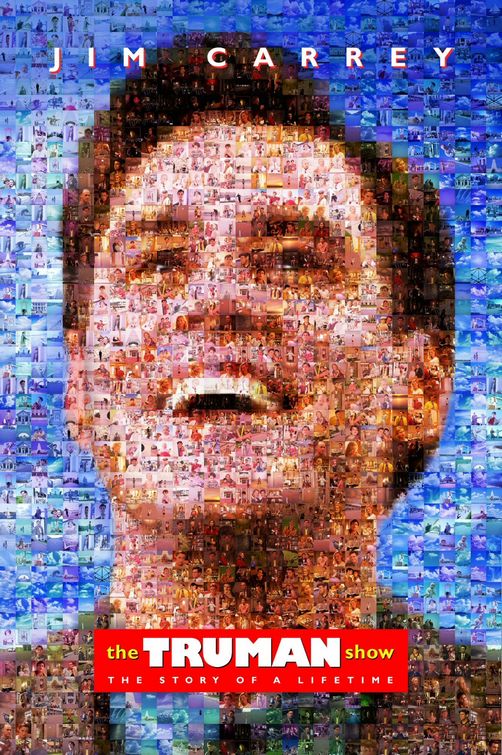 Since one of my favorite topics is emerging culture, my radar activates when I hear two psychiatrists, Joel and Ian Gold, calling a new psychosis for our YouTube society “The Truman Show” Delusion.  There seems to be a small but growing number of psychotic patients who describe their lives as mirroring the main character in the 1998 film “The Truman Show.”

The character, Truman Burbank, leads a very ordinary existence in the suburbs, starting from the time he was in the womb, and is being filmed for a very popular documentary show that he is unaware of and that he cannot escape.  Everything in his life, from the small product placements of advertisers to his own intimate family affairs, is scripted and put in place for the voyeuristic fascination of the world.  All those around him (actors in the show) claim ignorance or avoidance when Truman begins to suspect something isn’t quite “right” with his reality.

For sufferers, the “Truman Show” delusion is so pervasive it involves the patients entire world, and everything real is unreal.  Truman Burbank lived in a world where everyone around him were actors in a script, a charade whose entire purpose was to make him the focus of the world’s attention and add to the financial coffers of advertisers. When he discovers the ruse, he desperately and deliberately tries to escape its superficiality.

We live in a dramatically different media environment today than when that movie was released ten years ago.  There is an overwhelming influx of media pervasive technologies, with cameras and microphones everywhere.  Video sharing sites and video blogs enable hundreds of thousands of people around the world to see our lives unfold in real time.  With the advent of YouTube just four years ago, personal documentaries are some of the most popular posts on the world wide web.  The popular ones add needed advertising dollars to companies bottom lines.

Like Truman, one would think that the desire to escape all that mediated pervasiveness in our lives would be greater than ever.  I mean really, who would want all that public intrusion? Yet, if truth be told, I don’t think we want to escape at all. Deep down we want to be the star of our own Truman Show.  It makes the idea of an invited and welcomed delusion one worth significant exploration…

Why bronze medalists are happier than silver winners

Obviously, with so many athletes competing not everyone wins the gold. Some win a silver medal and others a bronze. Interestingly, an article in Scientific America pointed out that those athletes who win a bronze medal are more satisfied with their victory than those who win silver. The difference? Bronze medal winners are acutely aware of how […]